Reggae is the music of summer in Aotearoa. We have many incredibly talented reggae bands here. I just learned about L.A.B. yesterday. They pushed out their IV albumn just this week. Just awesome!

On the state of Republican Politics

It's not hypocrisy, it's authoritarianism.

Rules, laws, and morals are meant to protect them without binding them while binding others without protecting them.

This comment thread was in reference to an opinion piece in the Washington Post titled "The moral hypocrisy of conservative leaders is stunning".

A few months ago my old phone rebooted itself and got stuck in a boot loop. Nothing could be done to fix it. I went looking for another phone with a proper qwerty keyboard. Eventually, I found the Nokia E7-00. I placed the order and yesterday (6 weeks later) it arrived. It is a pretty sweet phone. The case is anodized aluminium instead of plastic. The screen is really easy to read, great contrast and awesome colours. It as an interesting haptic feedback buzz when pushing buttons, etc. It was launched in 2011 as a business user's phone. You can edit powerpoint files on it if you like and view them via the hdmi out. Pretty unusual.

It came with the stock Symbian^3 Belle operating system which Nokia hasn't provided updates for since 2012. To really make it go, I'll install third party firmware and additional software.

Guide to flashing the firmware. I used my neighbor's Windows 10 machine. Needed to follow the link to the windows 10 specific instructions using BEST.

Firmware Downloads for the E7.

I cloned the github repo and tried compiling with qmake on my Debian 10 box. Looks like the code requires older versions of the QT library. This looks like a job to be done in the cloud much like the bioinfo project work. Should be completely scriptable.

Edit: I can get the firware I want precompiled here.

It is also clear that I need to get a new battery. I already expected this, so no big deal. There is a video showing how to replace it.

I can use it as is for now, but it is a bit of a project. It does keep my mobile phone out of the google and apple walled garden / data hoovering operations though.

Trump is the loser.

For the last 4 mornings, I have woken up wondering if the US presidential election had been called. This was the morning. Joe Biden won. Donald Trump Lost.

In an end fitting such a surreal election, Rudy Giuliani was holding a press conference making shit up about election theft at the time the announcement came through. The press conference was held at Four Seasons Total Landscaping. Perhaps the venue was chosen because the only place there was going to be a happy ending possible for Rudy is at the Fantasy Island adult book store next door.

My old friend Trent Shepard from Urbana Illinois / Stephen's Bay NZ spent a few days with us this week. We watched much of the PBS coverage of the election yesterday. Too much really. We took a pause to bbq and have a really nice dinner sitting outside on our deck. When we finished, Trent, Robyn, and I went back out to the shed where the TV is a few minutes before Trump took the stage to speak. It was 2:30 AM Eastern time, but 8:30 PM here.

It was the most surreal thing I have ever seen. The president of the United (sic) States claimed that his voters were being disenfranchised by counting other peoples' votes. He declared that as far as he was concerned he already won the election and the voting must stop. He said he would take it to the supreme court.

We were in shock. The PBS commentators where in shock. Even though we had been warned about this scenario by Bernie Sanders a few weeks ago. Now the count goes on as does the dumpster fire that is 2020.

For me, the biggest take home lesson from this election, is that there are millions of selfish, bigotted Americans who agree enough with Donald J Trump to vote for him. Like nearly half of the people who voted. At the same time, the Democrats put forth an old, centrist, neo-liberal as the alternative. This makes me so, so sad.

The COVID-19 pandemic will rage on in America due to these selfish, bigotted people. Regardless of the outcome of the presidential election, Ya'll Queda, under the leadership of Donald Trump, are racing headlong to Pyrrhic victory -- "Give me liberty and give me death". This is not fun to watch.

2020 has frankly been terrible.

Just a wee reminder of how fortunate we are in Aotearoa.

You couldn't do anything more interesting than a Beans and a rabbit.

To the extent we do not add "value" to the data harvesters, we are invisible and outside their influence.

I have a theory that Jared Kushner (like many of the characters in the Trump inner circle) is a cheap knock off of a fictional villan. The movie Hudson Hawk came out when Jared was 10 years old. Is it possible that he saw this movie and fancied himself the super rich sociopath Darwin Mayflower? Sounds like a posh white 'merican upper class name.... Every child must have aspirational goals.

If Jared was a brilliant self-made billionaire, he might come off as more than a wanna be Darwin Mayflower. The truth is less flattering. See below. 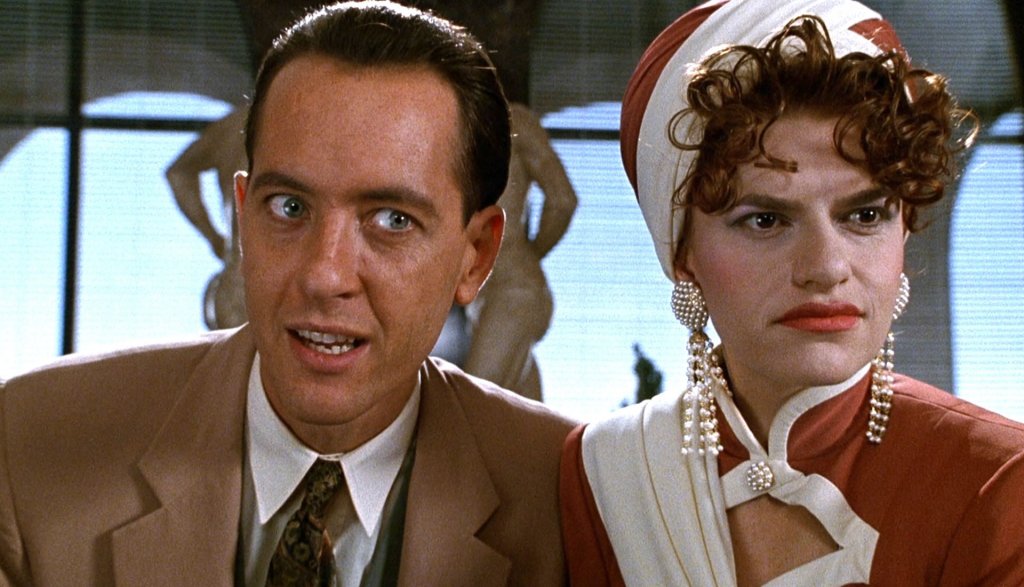